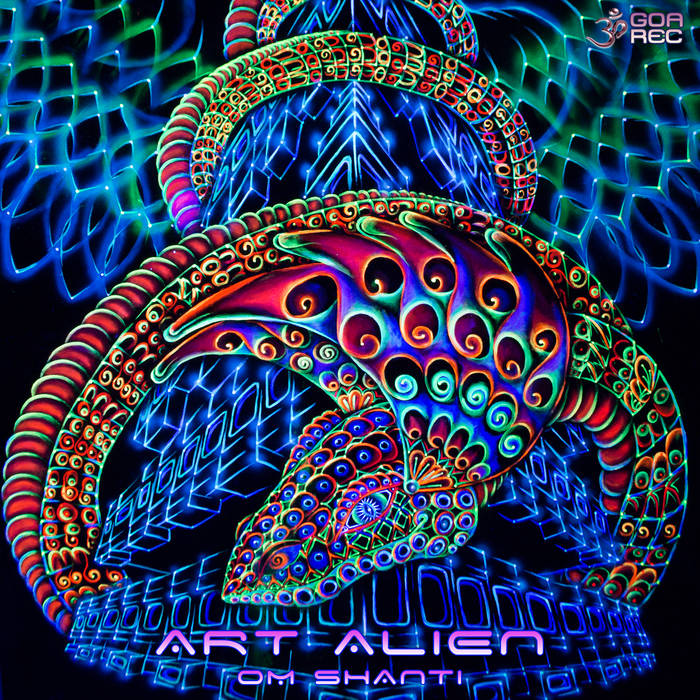 Art Alien is back with blasting new single called Om Shanti!! Art Alien is a Ukrainian music producer and DJ who creates a unique personal storyline, bringing a trippy atmosphere to the dancefloor. Painting a picture through sounds and grooves, Art Alienʼs performance brings together all types of Psy Trance - from goa to forest, melodic to dark, experimental and tribal...
His music experiments with unusual vocal and flute elements - and his vocals sound like dysphoric mantras of twisted visions...
In 2016 Art Alien became a member of the Misterika family - a move that has played an influential role in his musical development.
And towards the end of 2018, he started his own conceptual Goa party “NEBIDO Tribe (Capsule of L.I.F.E.)” The idea of creating this project was taken from social experience (first FTM Goa Gathering), and it has been developed with an emphasis on uniting a community of people who really need brotherhood and moral support.
Looking beyond the music and its attendant dancefloor experiences, Art Alien also has an art project: a combination of visionary psy art and surrealism. Since 2010 he has been exhibiting paintings and sculptures in Ukraine, e.g. The Presentation and Exposition of Euphoria project which was exhibited in the Triptych Gallery, with the work focusing on themes of belief, friendship, and love. These days Art Alien uses plastic and mixed techniques for creating new work and the artworks are made in a psychedelic style - current themes focus on soul vibration, spirituality, and moral values.
Art Alien ultimately believes the answer to life can be found in living an artistic lifestyle whilst being authentically yourself - this is what freedom feels, looks, and sounds like.