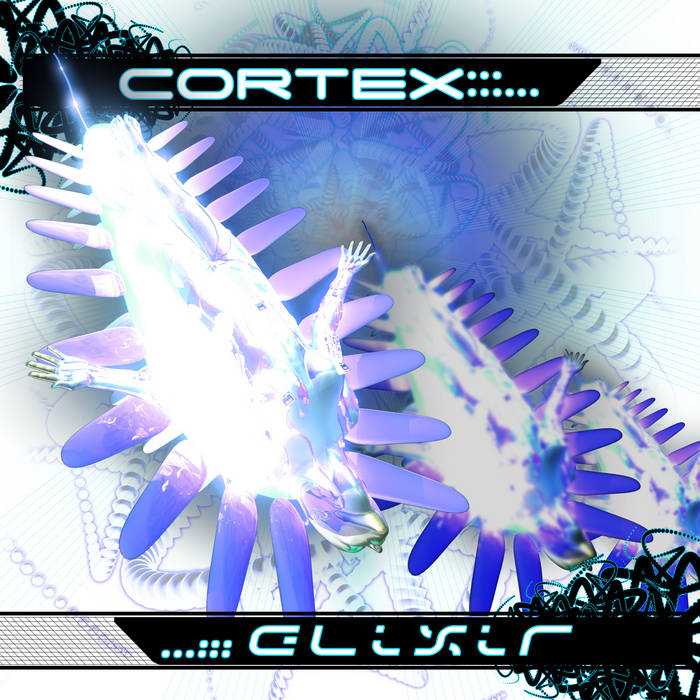 San Francisco based Geomagnetic Records is back with more quality releases with the highly anticipated second Solo Album of Cortex packed full of 10 previously unreleased full power bombastic psychedelic tunes. Cortex has long been known for delivering powerful and deep bass laden dance floor smashers with a style of high tech trance that will drive the people into a state of natural ecstasy. Currently these tracks are being played by our artists in some of the best parties and festivals around the world from the Far East to South America and going through Europe.. The depth of his talent has continuously expanded with vibrant results! This album is for the true connoisseurs collections. The passionate listener will notice intense nuance that subliminally reminds any who are fortunate to encounter it what a master Cortex has become. After the big success in his first debut album Time For Salvation and after a big world tour Cortex is ready with fresh and quality sounds in new Solo album dedicated to the front row dancers and all the psy trance people all over the world who also live this experience on a daily basis. Just like good music envelopes your soul and is the medium that helps us transcend to higher intangible dimensions, Cortex is ready with powerful tracks, that delivers full on sounds that reverberate with fat baselines, enlivens with his melodies and with his stamp of clean production, Cortex is ready to be a significant part of Geomagnetic, which celebrates talents that are to be found in both well established international acts as well as potential and promising and promising upcoming productions. Music is a journey through moods, through memories, through time and this physical and psychological catalyst puts life into our existence and is once more the Time For Salvation! Cortex is Assaf Weizmann (born in ’85) from the South of Israel connected deeply with goa trance & psychedelic music since the age of 15, producing many memorable releases under many of the leading labels of this genre for over a decade!. He has collaborated on various tracks along-side artists such as: BrainBokka / Toxical / Shake the Snake / Insane Logic / And some others. His remixes for G.M.S., Karan (3rd Eye Rec), Etnica, Juno Reactor. Eat Static (winning the official remix contest!*), Infected and Many more continue to win massive acclaim! Assaf is a member of two other up and coming projects with the names Tempo Shrine & AntiMatter (with Brainbokka and Shake the Snake from Israel). Assaf also works on the technical aspect of music and is the sound engineer in a post production studio in Israel. Now after 2 years of focused and inspired work his 2nd full length Solo Album will release On Geomagnetic Records / Geo Israel with full support from Psyshop (worldwide retail outlets) and Ingrooves (digital).

GEO-ISRAEL is a subdivision of Geomagnetic Records, offering the most cutting edge sounds from the hottest new artists of the Israeli psychedelic underground. With no distinguishing night and day, day and night, GEO-Israel offers a thick n chunky, lightly melodic, full-on and dark aural journey to enhance your trance dancing experience!