by Declaration of Unity 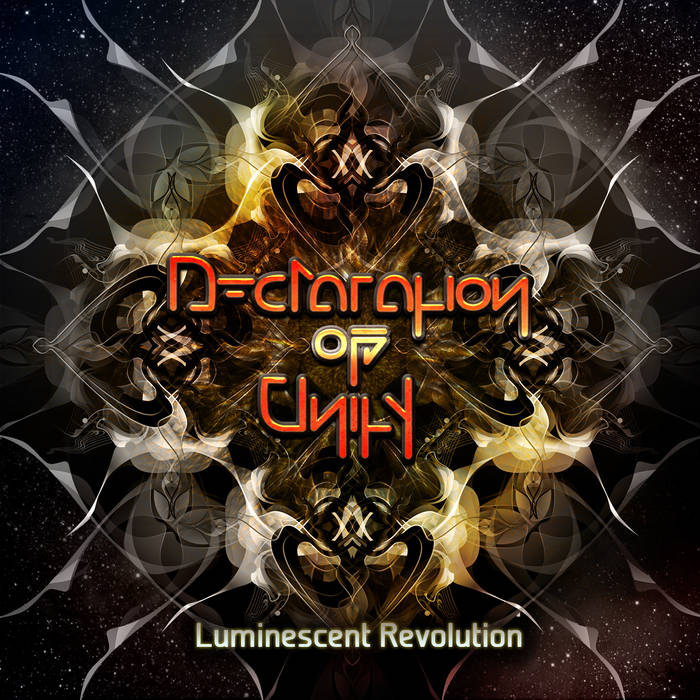 Goa Records is excited to be presenting the debut album from Declaration of Unity called Luminescent Revolution. Declaration of Unity is the concept of bringing together all forms of psychedelic trance into an integrated model. The philosophy is Tech Psychedelic Music without borders driven by the intention of promoting spirit, creativity and positivism. Luminescent Revolution contains some of the early works, which have initiated an exploration set to connect with the conscious hyper dimensional infinite divine luminous source through which music emerges. The instrumentation and music is basically Goa, and the whole sound could be "psytrancy”, but the music is transparent and less "impressionist" like it was before the establishment of the many genre labeling of today. The album weaves around though different types of psychedelic dance music without being boxed into a particular sub-genre but will touch all listeners minds and souls with the special intention within. Declaration of Unity was started by Spectrum with Ion Vader and George Koutsourelis joining in the process of forming a solid sonic alliance. Their intention is to compose Inter Temporal Psychedelic Trance music. Having spent some of what is perceived as time in the linear perspective for exploring and developing its sound, after two hugely successful releases on Ovnimoon Records as well as side project releases with Goa Records, Timewarp and Bass Star we know that everyone is hungry to consume a full helping of their special sound.

Label Profile:
Goa Records is well established label founded in 2006 based in California/USA. Focused on finding the very best of the world’s leading psy-trance and goa-trance hits and compiling these into a highly commercialized package suitable for mainstream distribution outlets. Expect a steady stream of high quality, cutting edge releases from this amazingly popular label.