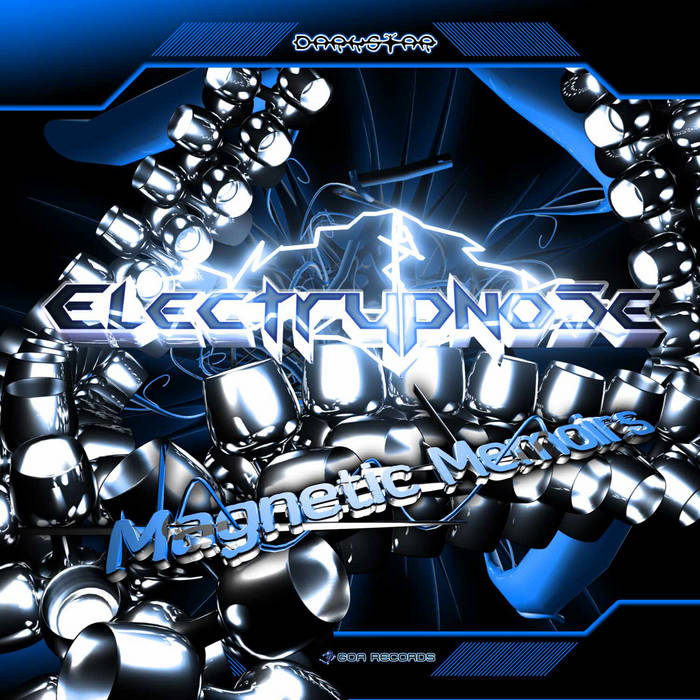 Electrypnose, the electric hypnosis, is Vince (Lebarde) Rybicki’s multi-flavored musical project. Vince has a total of 6 full length albums released previous to 2012. On top of that Vince has a huge discography of singles as well so its now way past due to present this amazing collection of some of Electrypnose most memorable work ever released across his full range of dance floor styles including deep funky psy, hard night time grooves, techy minimal, full-on and even a dirty progressive anthem with electro elements!. Magnetic Memoirs is a collection of 10 of the very best of this prolific artists work featuring hard to find and rare releases collected from Geomagnetic records and affiliated labels ranging from 2006 all the way till the present. Goa Records in association with Geomagnetic Darkstar presents this important chapter in psytrance history with a highly collectable must have addition to every DJ and Fans personal library. The Electrypnose project first began in 2001 with the ever evolving quest of exploring the electronic music-and-noise world and tries to share its sound universe. Based in Switzerland, the laboratory doesn't stop to be active since the beginning of the project. After the first track released in 2003 by Peak records, more than 100 pieces of work have been released on record labels from all over. Beside working in the studio, Vince is travelling regularly around the globe to present his new material and to share time with the community. At the end of the summer 08, "Funked up" is released by Digital Psionics, an album mixing electro, psy and morning styles. In 2007 Vince released his next two albums, a double cd featuring morning / full-on music as well as night time trance - "Where do we go?" released on Digital Psionics records. The other album is a split and side project release made with Karash, Vince's good mate, Cerebral Factory debut album is released on Kabrathor records. The Intellinoise and Minimum side projects are also on his plate. 2006 saw the release of his CD release with Le Tireur de Ficelles album. That same year he released Subliminal Melancholies full length downtempo album on Ajana Records.