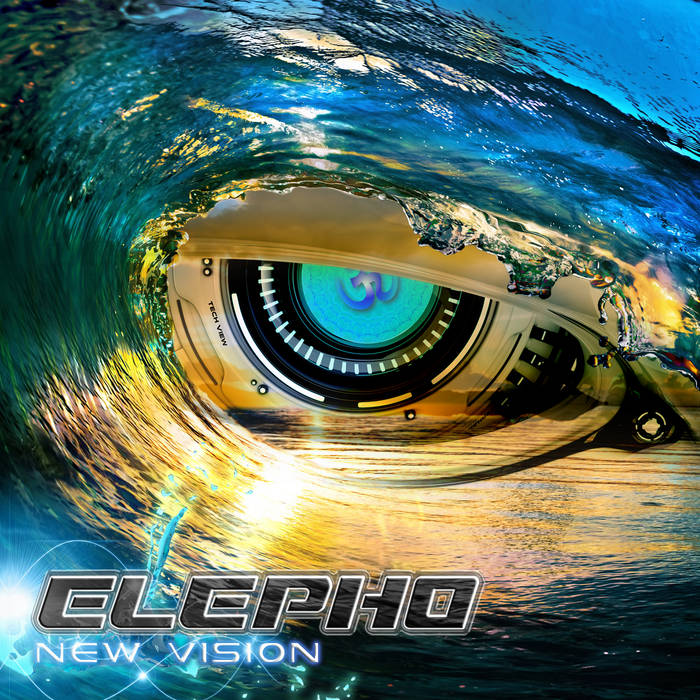 Goa Records and Geomagnetic Morningstar presents the second fabulous progressive Goa trance album from Elepho titled “New Vision”, specially mastered by Ovnimoon and feat. a truly out of this world cover artwork designed by label heads Dr. Spook & Random. This album is dedicated to bringing a miraculous healing to his dear son who has a unique medical challenge. This album rides the phenomenal tidal wave of success and world tour from his debut album “Paranormal Activity” on Power House Records that received worldwide support and massive DJ & Dance floor approval as well as sitting high on the top 20 charts for many weeks. Ovnimoon began the mastering phase working diligently in his Chilean mountain music retreat when he contacted Random and Spook to discuss the best way to present this complex and rewarding psychedelic progressive goa techno trance escapade! This New Vision reinvents the artists sound yet still blending the deep and emotionally resonating journey Elepho has come to be known for. Once more taking the listeners and dancers deep into the realms of Progressive Psy, Goa and Trance that have rarely been explored in this way. Elepho uses intricately floating and woven layers of sound to caress the listener’s physical and spiritual ears, entrancing musical movements among a sea of pulsating tribal bass and percussive beats. New Vision represents the freshest creations direct from Paris France, here Elepho continues showing his versatility as a sound scientist. This album includes 8 original tracks, plus incredible remixes of Suduaya’s hit epic “Children Of the Sun” and a gigantic reproduction of Monster Mode’s big hit “The Shield”. The album closes with a truly memorable 2014 rendition of “Spinner” a track that was amongst his most supported releases. Elepho aka Anthony Gence was born in France in 1982 and from an early age was immersed in music and its environment. After spending years listening to pop and rock while learning Guitar, in 2000 his artistic universe changed to the direction of electronic music. House music was one of his first steps, DJing in clubs, leading to his discovery of trance music festivals, which later became his passion. In 2011, his first musical output appeared with the song 4U on a vinyl record for Incorporated records. Since the first Elepho tracks were releases he has been able to play the four corners of France and now recently around the planet as a producer and deejay, and appeared in compilations alongside the biggest global artists in Progressive trance. www.facebook.com/elepho.trance.music soundcloud.com/elepho

Label Profile: www.goa-records.com
Goa Records is well established label founded in 2006 based in California/USA. Focused on finding the very best of the world’s leading psy-trance and goa-trance hits and compiling these into a highly commercialized package suitable for mainstream distribution outlets. Expect a steady stream of high quality, cutting edge releases from this amazingly popular label.
www.facebook.com/GoaRecords
twitter.com/GoaRecords
soundcloud.com/goarecords