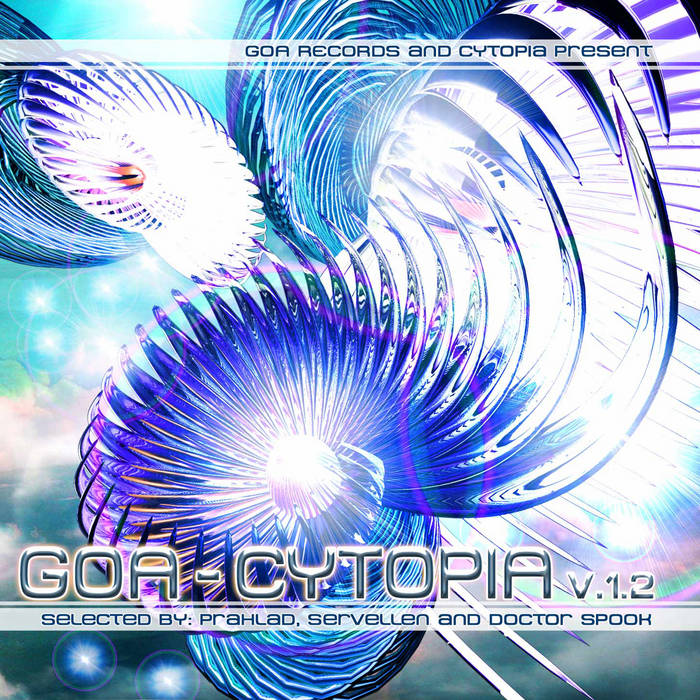 RELEASE NOTES: Goa Cytopia 1.2
GOA Cytopia Vol. 1.2 presents part two of the award winning selections from the 2008 Cytopia Artist Competition. Prahlad, Servellen and Doctor Spook presided as judges of the event and these 20 top finalists were compiled out of over 150 different artists from around the globe. Memorable samples, heartfelt melodic hooks, full power raging bass lines, original compositions and fresh new musicians who have been practicing their styles on their local dance floors across the planet all combine to create the perfect refreshing dose of life. Two totally packed CDs present 20 truly memorable and moving tracks that will be making you yell out for more. This cross section of the planets winning masters and new wizards of Goa Trance and Progressive Psychedelic Fullon as well as two special psy-chill producers offers a real world glimpse into the magic and mystery that is felt each weekend at secret parties around the planet held on beaches, forests, mountain tops, deserts and indoors at warehouses, yoga/dance studios, and living rooms. Now you can have a piece of these underground phenomena and relive the excitement that this experience conveys. Welcome to the Goa Trance Experience.
Artist Profile:
Prahlad (Germany, YSE) has released an amazing album (YSE) and several great singles on many different label's compilations. Strong melodic and emotional content is his specialty

Servellen (Amsterdam, Cytopia) Also known as Sander van Servellen, has been managing Cytopia.org digital download site and label since 2004. Intense experiences of passion for Dancing at Goa trance parties 1996 – 2000 inspired Sander to be involved in composing and performing music and innovating the Cytopia.org concept.

DJ/VJ Doctor Spook (San Francisco, Goa Records) Also known as Nathan Vogel, Spook is an award winning 3D animator and music video director. He began creating psychedelic visuals in 1992, receiving critical acclaim for all of his projects. Nathan has worked with major music labels such as Arista, Geffen/Universal, Sony, Om and now with all of the most prominent Psy-trance labels with ground breaking new releases. ¬Spooks passion for electronic music drove him to start making music in 1990. He began DJing Psy-trance at the Burning Man festival in 1998.