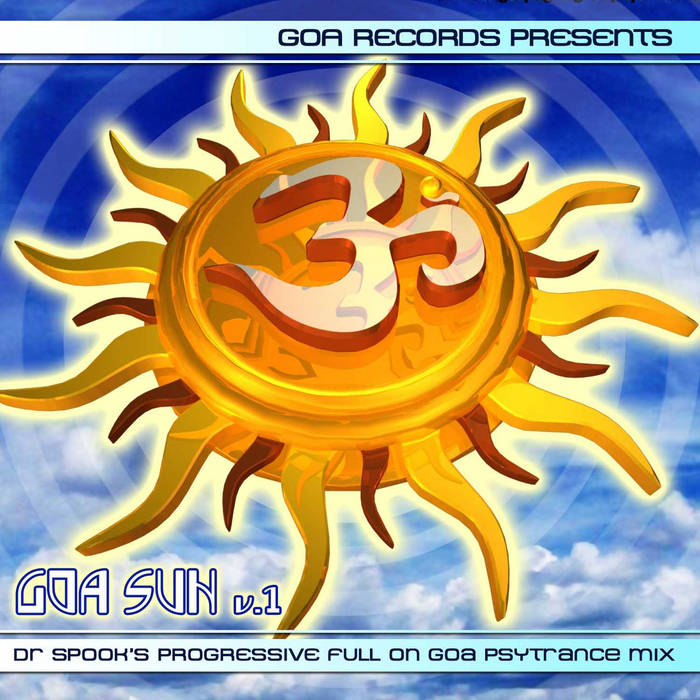 Goa Sun v.1 is a debuts this series amazing series with 22 unforgettable tracks that will be making you scream for more. This cross section of the planets best masters and new wizards of Full on Goa Trance and Progressive Psychedelic Fullon producers offers a real world glimpse into the magic and mystery that is felt each weekend at secret parties around the planet held on beaches, forests, mountain tops, deserts and indoors at warehouses, yoga/dance studios, and living rooms. Now you can have a piece of these underground phenomena and relive the excitement that this experience conveys. Welcome to the Goa Trance Experience. For over 10 years, Nathan Vogel (aka Doctor Spook) has been spearheading the underground North American psytrance movement by touring relentlessly as an international DJ, averaging 40+ shows a year, and by founding the largest USA based psytrance A/V record label and distribution network, GeoMagnetic and Goa Records. Mindstorm is his solo live act where Spook performs a unique set of VJ/DJ material and original music that melt the audio video boarders in new visionary ways using a unique blend of 3D animation and live synchronized FX visuals. In 1997, Spook as the co-founder of the award winning digital production studio Minds Eye Media in San Francisco, released his first platinum enhanced CD “One More Time” by The Real McCoy of Arista Records, that Billboard Magazine called “awesome in the true sense of the word.” His next award winning project featured the first all digital music video made for a major label “Beyond” by Young American Primitive of Geffen/Universal, that premiered at the RESFest in 1997, played on MTV’s AMP and won the 1998 World Animation Celebration 1st place Music Video Award. Over the years Spook has collaborated with top talents such as Joe Satriani, The Allman Brothers, Elton John and many more. Spook began his DJ/VJ career at the Burning Man Festival in 1998. Nathan was one of the first certified Alias teachers of the Oscar Winning 3D program Maya, presenting his classes at the Academy of Art University, top industry trade shows and conferences. He is the co-writer of the first bestselling Maya book,¬ “Maya 3D Character Animation” (1999 New Riders/Pearsons). Dr. Spook’s unique ways of combining cutting edge sound and visuals have benefited from a wide lens of exposure and evolved into a new level of psychedelic performance art. Imagine the thickest throbbing bass lines of Psychedelic Trance (think CPU, MekkaNikka, Astrix), the massive euphoric energy of Full-On (think GMS, Talamasca, Eskimo),fused with the magic and mystery of Classic Goa (think Goa Gil, Hallucinogen, Logic Bomb), heavily layered with new school sonic tricks and electro-glitch break downs (think Infected Mushroom, Earthling, Chromatone), all mashed up with samples of repurposed political speeches and great psychedelic visionaries (Timothy Leary, Terrence McKenna, Bill Hicks, Dr. Hoffman). Now take this and drench it all with mind mending synchronized 3D animated immersive photo surrealistic worlds and hyper active characters. His DJ/VJ sets leave the attendees with an uplifting positive afterglow if hope and joy. The new Mindstorm visual music is an exotic blend of ecstatic dance and entertainment. As a DJ/VJ he has achieved phenomenal international success. Since the legendary SF Fusion festival in 2000, Spook has been a pinnacle in the visual dance music movement. In 2007 Spook played the Bonnaroo Music Festival with over 100,000 attendees and was their first festival psytrance DJ. He is constantly booked three months in advance on a regular tour schedule playing to thousands of different people a month. From sold out festivals, to overcrowded clubs, warehouses, tight and tiny bars and venues, his following continues to grow due to his unique charisma, feel good fun vibes and cutting-edge futuristic spin on Electronic Dance Music Visuals. As a music and visual producer, his remixes, collaborations and solo tracks have been released on numerous CDs, compilations and DVDs. Many have been featured in the top worldwide trance publications such as Mushroom Mag (Ger/Int 50,000 bi-mo.), Sonic Traveler (Jap/Int. 20,000 bi-mo.) and Revolve (UK/Int 13,000 seasonal.). In April 2007 Spook achieved international success on broadcast TV by doing the 3D background HD VJ visuals for Elton John’s 60th birthday at Madison Square Garden aired on national TV by MSNBC several times. Spook recently completed over 2 minutes of animation for the 3D TV show “Xavier: Fallen Angel” on Cartoon Network’s Adult Swim International. His first three self-released feature length DVDs, Magnus, GeoSpirit and San Fran Psychos have all gone into their third pressing internationally. He has also appeared on releases from Tokyo X-Ray/Vision Quest, Ceiba, OM, Goa Records, Sonic Traveler Rec, Geo-Israel, Darkstar, Morningstar, Spun, InGrooves, Sony and GeoMagnetic.tv. Spook was interviewed and featured in the cult psytrance documentary Liquid Crystal Vision. He played visuals at the Boom Festival in 2002 on the main stage until it rained, then he rocked the side stage DJing under a teepee to hundreds of happy rain soaked dancers outside - which was one of the personal high points of his career. GeoMagnetic.Tv and GOA Records now have over 60+ original CD and DVD electronic dance music releases, and over 4000+ songs in their distribution and online catalogs, making them the top psytrance music distributor in the North American market. Doctor Spook is a pioneer for introducing new music into the scene and always has something fresh to play!

Goa Records is a new label founded in 2006 based in California/USA. Focused on finding the very best of the worlds leading psy-trance and goa-trance hits and compiling these into a highly commercialized package suitable for mainstream distribution outlets. Expect a steady stream of high quality, cutting edge releases from this already amazingly popular new label. Goa Records is distributed & Published by GeoMagnetic Distribution.