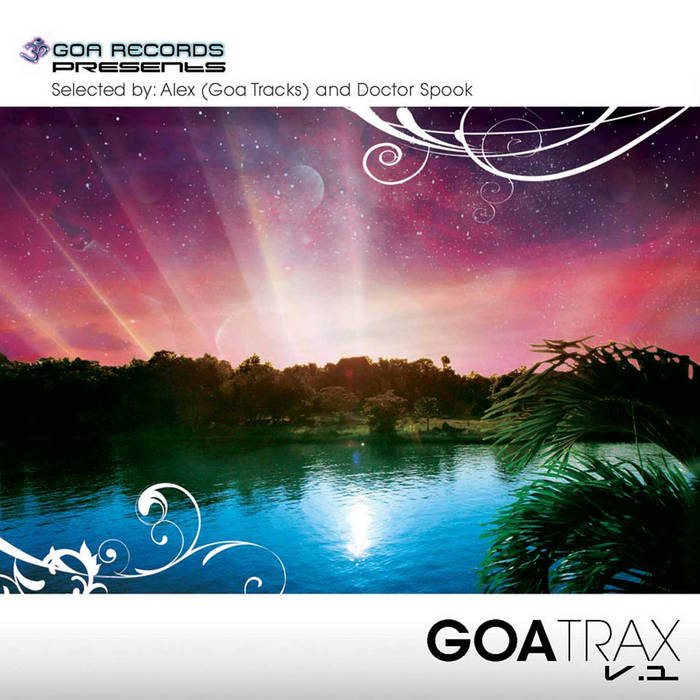 RELEASE NOTES: Goa Trax v.1
Goa Trax v.1 features top psytrance and goa producers from across the world. Alex (goa tracks.com) and Spook (Goa-records) have devised the perfect selection of styles and diversity of backgrounds by choosing the best of different artists from around the globe. Memorable samples, heartfelt melodic hooks, full power raging bass lines, original compositions and fresh new musicians who have been practicing their styles on their local dance floors across the planet all combine to create the perfect refreshing dose of life. This totally packed CD presents 10 truly memorable and moving tracks that will be making you yell out for more. This cross section of the planets winning masters and new wizards of Goa Trance and Progressive Psychedelic Fullon as well as two special psy-chill producers offers a real world glimpse into the magic and mystery that is felt each weekend at secret parties around the planet held on beaches, forests, mountain tops, deserts and indoors at warehouses, yoga/dance studios, and living rooms. Now you can have a piece of these underground phenomena and relive the excitement that this experience conveys. Welcome to the Goa Trance Experience.

Artist Profile:
Alex from France has been promoting and supporting the psytrance and goa movement in France since its inception. Since then he founded one of the more visible independent music download shops in France and offers unique and special music not found on other sites. With this in mind he chose many of these hits that have reached legendary status on his site and included them in this hit compilation! =)

DJ/VJ Doctor Spook (San Francisco, Goa Records) Also known as Nathan Vogel, Spook is an award winning 3D animator and music video director. He began creating psychedelic visuals in 1992, receiving critical acclaim for all of his projects. Nathan has worked with major music labels such as Arista, Geffen/Universal, Sony, Om and now with all of the most prominent Psy-trance labels with ground breaking new releases. ¬Spooks passion for electronic music drove him to start making music in 1990. He began DJing Psy-trance at the Burning Man festival in 1998.