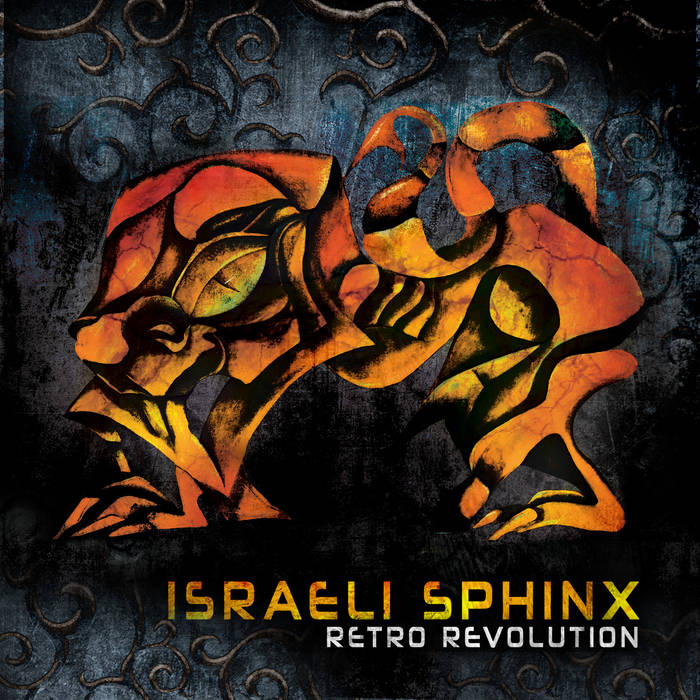 Goa Records and Boundless Records proudly presents Israeli Sphinx – Retro Revolution, the debut album under this side-project and the 4th full length album released by Assaf Weizmann aka Cortex, aka Antimatter (with Brainbokka) aka Tempo Shrine aka Blanx (Progressive Project) aka Xetroc (Dubstep). Assaf actually started his music career under this project title and when the classic sound of early psytrance made a strong comeback he realized it was time to revive his original vision. The Israeli Sphinx project is reborn and recharged with all the magic of modern musical technology while being deeply infused with the patterns, soundscapes and melodic scales of an earlier era. What makes this album so fresh and different is that these tracks have had the best of many worlds to influence their evolution and the results are plainly evident. Prepare for a lush tour that takes you on a lavish adventure to a mystical time in a forgotten land where the dance floor is full of ecstatic happy revellers communally participating in the divine transformation that comes to each of us at the perfect moment when all things align and your destiny is in full fruition. It’s time for the Retro Revolution to commence!

Israeli Sphinx is Assaf Weizmann A.k.a Cortex (28) from Israel. Israeli Sphinx it’s the 1st project of Assaf from the early 2000 since then Assaf tried to have a special psychedelic style after he started to focus in the Cortex project around the world this project still was around with remixes vs projects and more. Finally in 2013 this amazing music coming out to the psychedelic people around the world. www.facebook.com/pages/Israeli-Sphinx/288146741301602

Label Profile: www.facebook.com/goarecords
Goa Records is now a well established label founded in 2006 based in California/USA. Focused on finding the very best of the worlds leading psy-trance and goa-trance hits and compiling these into a highly commercialized package suitable for mainstream distribution outlets. Expect a steady stream of high quality, cutting edge releases from this already amazingly popular new label. www.goa-records.com www.geomagnetic.tv

BOUNDLESS MUSIC, based in the south of Israel founded by Cortex better known as Assaf Weizmann (Israel) JETLAG a.k.a Benny ben Yaakov. The Boundless Music Logo is the number "8" that symbolizes Endless/Everlasting meaning Boundless!