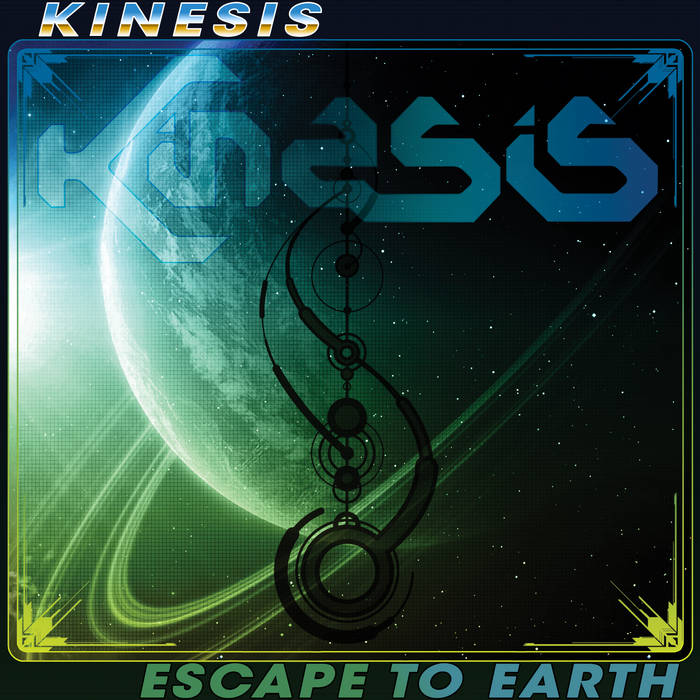 In the last year France has produced a steady stream of the worlds leading psytrance producers. Kinesis is among the hottest and brightest stars to come from this celestial cosmic nursery. Geomagnetic is proud to present a milestone in dance music with this impressively produced new album form veteran DJ/Producer Salva who is possibly more well known as Crying Freemen (his collaborative project). After many mesmerizing and uplifting tracks on compilations from the worlds leading labels and two popular and well received hit albums Kinesis presents us with his new masterpiece. This harmonic technology opens a gateway to other worlds that are BEYOND THE GALAXY. Each track blissfully encompasses multitudes of elements all perfectly tuned to enlighten and encourage your inner bliss. Powerful bass lines, melancholy and emotional melodies, phenomenal builds and dramatic surprises that leave the listener excited and hooked to the spacious chords that will definitely leave a lasting and positive impression great for repeat listening and dance floor memories! This new album from this leading trance pioneer is a must have for DJs, Collectors and Fans alike! To top it off Altom aka Voyager aka Thomas Dubril spent some loving time in the studio with each track mastering it with all of his legendary style and professional standards in engineering. This album will no doubt be the hit of this summer festival season and for years to come.

Salvador, aka Dj Salva, of Spanish origin, was born in Paris in May 1978. He got to know more about electronic music in Galicia (Spain) at an early age and he has always been keen on music, night life and preparing events. He played electric guitar and after this "rock period" he started on learning dj'ing and electronic music. Actually, he developed his dj skills quite quickly and began to mix in many Spanish clubs, thanks to 2 friends of his, a couple of techno/hardhouse dj's (Manry y Javito), who met every summer in Spain. Artists such as Infected Mushroom, Total eclipse, Astral projection, Antidote got him into fusing Nu nrg / Hard trance / Hard house, listening to Transkypet vinyl sets of DJS Olive, Seb, Randy Exess, Kid Cannonball. He discovered artists such as, Weirdo, OD404, Organ Donors BK, Nick Sentience, Lab 4 and one of his favourite djs, Mark Sinclair, who really impressed him. For his “MagicFrequency” and Nephentes parties, he always chose unusual spots and booked many dj's and artists like, Phatmatix, Silicon Sound, Triskell, Audialize, Life Extension, Naya, Olive, Seb, Ananda, Jessy, Polyphème, Psychotrop, Senix.. Salva is well known for his "dynamic" dj sets, his special technical mixing and for his "crazy versus". Salva has been involved in psytrance development for over 10 years djing, producing events and live acts. He played in Spain, France, Belgium, Chili and mainly around Paris, alongside other established artists such as Jaia, Pop stream, Dado, Audialize, Silicon sound, Talamasca, Highlight-Tribe, GBU, Domestic, Bamboo Forest, GMS, Protoculture, Audiotec, DNA, Oracle, Inner Action, , Hujaboy, Scorb and many others... In spite of that, he has always wished to mix and play his own music. In 2005, he started his own music project, under the name of KINESIS. Todays, he's also working on a project with dj Naya, called CRYING FREEMEN, and with friends: CRYSTAL NETWORK and NORTHERN LIGHTS.