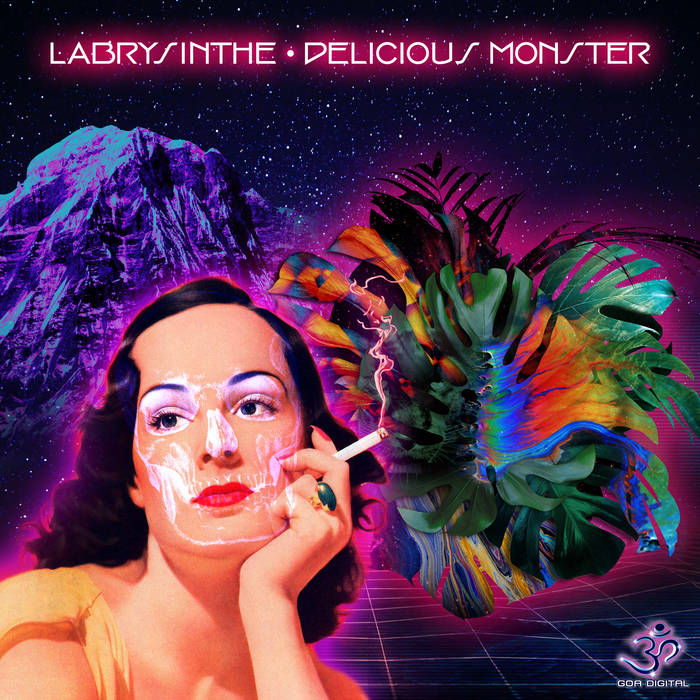 Goa Records presents the talented Natalia Lincoln a/k/a Labrysinthe with a hot new EP - Delicious Monster. We asked her to tell us about herself and here is a taste of her story... Natalia Lincoln, last location New York City, currently living in Berlin. I grew up with classical music. Both my parents played keyboards and sang, and my dad had this huge record collection. The first electronic music I ever heard was “Switched-on Bach”. Got classical training in piano and wound up using it in goth bands, the most successful of which was Unto Ashes, definitely of the “indefinable” genre (“neo-medieval”? “apocalyptic folk”?). We put out I think six albums by 2007, had tracks on a lot of compilations, and toured Europe several times. And in Berlin, we saw there was this huge electronic music scene… As keyboardist with Unto Ashes, I had more than a passing familiarity with electronic music, especially the colder varieties associated with the gothic and industrial scenes: for example Nine Inch Nails, Coil, Depeche Mode. But then I heard Infected Mushroom’s “Classical Mushroom” and it was love at first listen. From there, I went on a search-and-enjoy mission hunting down as much psytrance as I could find, discovered the scene as a dancer, and eventually decided to produce psytrance myself. On tour, I had discovered that the psytrance scene was vastly more energized and widespread in Europe, esp. Berlin, so I moved there and began my solo electronic project Labrysinthe. At first, the project was more eclectic, but I met Nica of Iliuchina (now Reality Test), who helped me out with my sound in a huge way. Labrysinthe recently became an exclusively psytrance project, relaunching in 2017. In Berlin, I joined the electronic music beat collective Strength in Numbers (SIN) and quickly became known as the Psyqueen for driving tempos, unique psychedelic madness, soaring melodic lines underscored by darkly hilarious FX, and musical “storytelling” informed by a gothic sensibility. I met singer and producer Ceci Roan there, who provided the haunting vocals on “Rosenkafka & Riesenpilz”. Labrysinthe premiered “Hard Sun” at Berlin’s Loophole venue, where club visitors reported passersby wandering in, drawn in from outside by the sound and sent on a journey... The name Labrysinthe is made out of two words from ancient mythology: “labrys” and “labyrinth”. Thanks to David Bowie, we’re all pretty familiar with the latter. But a labrys is a double-bladed axe, representing not just passion and will as a deadly weapon, but the wings of a butterfly and all the transformational symbolism a cocoon implies. In any case, I mated the two words, and Labrysinthe was born. It didn’t hurt that the last syllable sounded like “synth,” either. *** Cover art by Aaron Kulik.