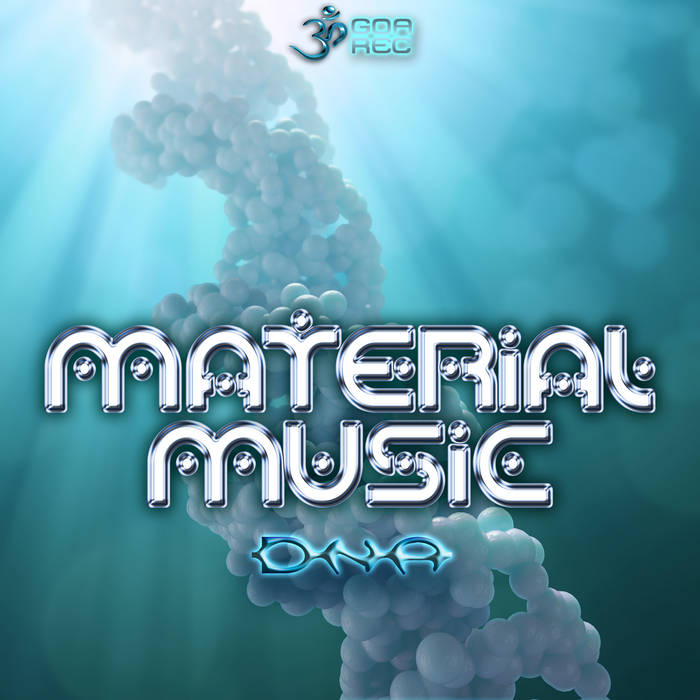 KiRE Love the album! But do yourself a favor, and Download it (Flac?) and change the Track- order / names to this (imho):

Goa Records is proud to present a very talented artist and the best kept secret from Norway, please welcome Material Music debut album "DNA". Material Music, or Erland Yildiz as his earthly name is was born December 22nd 1970 in Norway. He grew up in the heavier artistic circles of Oslo and from a very young age he like so many expressive souls, started to play percussion drums which elevated into a life manifesting journey though all sorts of drums and other musical instruments that he could get his hands on. Erland rapidly got a reputation and started jamming with the "big boys in town" where the styles of Jazz, Funk, Rock, Reggae, Ska, Fusion and Disco ruled the sonic motion. From there he also because of his near family heritage, became more and more drawn to the classical oriental side of the musical scale. In the 90-s he started to transform a strong music taste within the electronic realm where GOA was the most awe inspiring and personally heartfelt complex genre to reflect and express. Outside his love and growth within ,,real" music, Erland Yildiz through the 90-s did his share of Confusion and Club as well, and ventured into Techno and even House. As a part of an underground scene, he both produced, and playing at local raves. Already in '96 he was creating his own Oriental Techno Trance music. Erland "Material Music" Yildiz first got well into keyboards and piano at the age of 16, and studied the general art of Guitar at the age of 25. In his older days -now passed- he was loosely famous for owning a massive synthesizer and electronic music equipment collection in the infamous Hausmania building in Oslo where he lived since '98 as a resident squatter for many years. His collection was no joke. Material music absolutely fills his life, and has for the nerdy ones been doing HD Recordings with Midi's since 1987. Besides music he today has a renewed inspired life-force to live, love and enjoy a free and wonderful life, and is presently a proud Table-Tennis enthusiast & champion. And for those who get to know his Material Music, will hear that besides from a Psychedelic sense and respect, he also does Keysi Fighting Method which is much reflected in the energy he brings as a Goa/Psy-trance producer.
On the personal question of life, his reply is; "Life... parts of life. Seen it all and tasted it beyond, both in darkness and light. Or at least that's how it feels sometimes. My music inside should show structures and integrity that views how I personally enjoy to present and listen to Psychedelic Trance Music. Life's been hard, and good. Early rough start creates kind of diamond, and I hope my space and place in the music manages to create divine listening dance experiences that I've also experienced, and still love a lot to this day. Always having peace, love, understanding, unity and respect inside beyond the cheese". He also states that a Record release is static, while with a Live performance anything is possible. That's where his music truly comes to life, while performing it Live with equipment and a crowd creating those extra sonic waves and dance. For some reminiscing of band names that Erland has been a part of, he shares from the top of his head; "Protc" (drums, prog. rock) that he played in while he was 12, and the other members was around 18. Krymznylt (rock, drums), Collective Angels (Jam/Impro), Silly Trilly (Tabla, percussion).. plus a lot more bands that came and went, and a lot of ambiance experimental projects with attention to interaction and details. Anyway, if you hear a sound, or an instrument inside the Material Music, it's Erland's handy work at play.