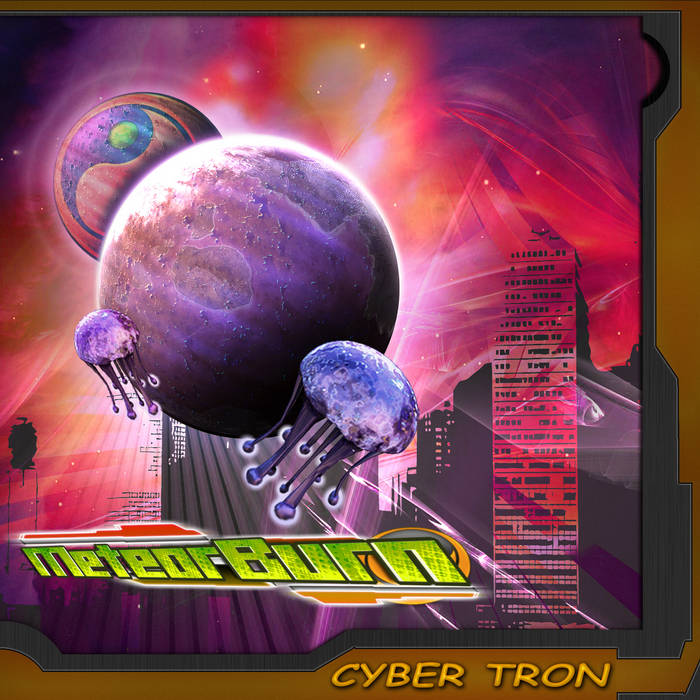 Meteorburn, Portuguese duo, Sérgio aka Meteor & Xano aka Burn who are burning a hole in the dance floor with their non stop mega masher bass lines and full throttle mentalities coming deep from psy-space with a mission to deliver the hardest rocking chunky space debris right to your brain. ...there was a CRIME SCENE on planet CYBERTRON, inspectors have discovered funny clues, a PIZZA and a little SCHINTZEL. they realized this was a case for the SUPER SARDINE, who was called immediately to resolve the case. In his hands holding a bottle of AGUA PE, highly recommended for these crimes, the inspector begins to DIG THE PEAR that he has in his pocket, then takes the bottle to his mouth and says SCRATCH ME THIS!! Lets make a TOAST TO VACATIONS!. COMIC BOOK is the long awaited and highly anticipated next full length SUPER BLASTER from the dynamic duo of Hard Night Time Psytrance. Industrial, Gothic, Full Power, Twisted, Spaced Out and Totally Mental are just some of the words that come to mind with the first listen to an incredible new stage in the evolution of the genre. After releasing a successful compilation a 2009 and a well received debut album in 2010 and also over 20 hit singles on the leading hard psy labels and a slew of EPs and Remixes these nine new tracks emerge to truly tell a whole new story off. Meteor Burn also happens to be massively talented Mastering engineers who made many versions and tested them everywhere till the formula was just right (wait… lets refine it some more Xano…). Now is the time for the atmospheric explosion to occur and you will feel the blast across the planet as the shock wave leaves a lasting impression and forever changes the topology of this planet. Get your limited edition copies of this fine tuned and fully polished gem of intergalactic meteorite ore… still steaming hot from its burning detonation deep in the impact crater!
Artist Profile:
Behind Meteorburn project are Sérgio Chaves and Alexandre Ribeiro. Both electronic music lovers, they met in such an event in 2001, being influenced by the unique environment in such events and sharing countless experiences together until 2006. After those five years, they decided to combine forces to create Meteorburn Project, which has been rapidly given oportunity to divulge the project to friends, playing at private parties. Rapidly their productions have traveled around the world, and given the possibility to be featured in some of the most renowned world record labels, like Geomagnetic.tv, Sin Records,Goa Rec, Spliff Music, Digital Drugs Coalition, etc. With the technique acquired throughout this time, they've embraced audio masterization in their activities, having worked for well known labels like Spun Records, Geomagnetic.tv, Goa Records, Caffix Rec, amongst many others. Together they deliver a performance filled with strong beats, alucinating rithms and voyages, always non stop!. They finish 2009 signing for one of the most renowned party promoters in Portugal, Crystal Matrix! In 2010 they start with the release of their 1st full album by one of the most renowned worldwide label, Digital Drugs Coalition!! Now they start 2011 with the release of their 2nd full album "Comic Book" by the one of the most renowned worldwide label, Geomagnetic.tv!!! They Also have been booked for several international gigs and also the FREEDOM FESTIVAL 2011 in Portugal!!
Label Profile:

Geo - Darkstar is the sub-label of Geomagnetic that focuses on Dark, Night time music, with hard, intense and experimental styles. www.myspace.com/geomagnetic
Geomagnetic.tv was established in the summer of 2001. Their first major international release is the legendary DVD project “MAGNUS” geodvd001. Since then the label has grown into a full fledged major electronic music and media label. Based in San Francisco and focusing mostly on music and visual related projects, you can expect to see lots more cutting edge releases on the way from this award winning crew! Geomagnetic.tv was started by Spook one of the founders of the prominent San Francisco 3D FX and Multimedia boutique known as Minds Eye Media (est.1995). www.mindseyemedia.com