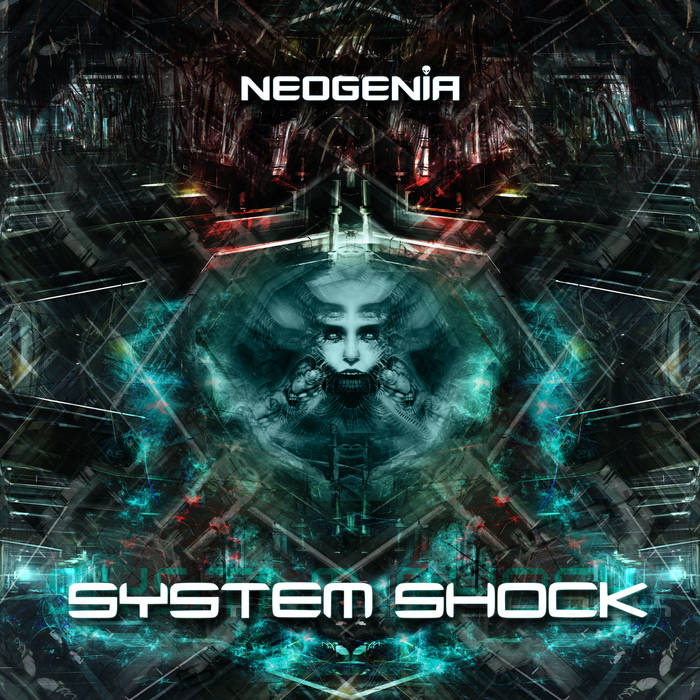 
Goa Records is excited to reveal the masterful talent of Neogenia, a project of 20 year old Daniel Davidov. In his first official release, Neogenia brings the army of undead through the void generated by the human soul. Insanity, desire, regret, despair, sorrow and pure anger, written on the other side of goa at 150bpm, with it's sole purpose of destroying the dancefloor with his skull crushing kicks and suffocating basslines. Distorted 303's, horror pads, screaming leads and melodies written to send chills to your spine, System shock will put your nervous system in to an overdrive. Each track is a new world to get lost in and a new part of self to explore. System Shock continues where the prequel No Longer Human left off. In the final grasps of human sanity, as the soul disconnects from the real life memories and is being dragged to hell to dance forever. With mindwarping echos from terrifying cinematic experiences you will breathe darkness while listening to this release. Forever entranced by the most beautiful goa sounds that tease you and present landscapes of infinity in front of you, pleasures and pain overlap and project your deepest desires and nightmares simultaneously. We have an eternity to know your flesh. He was raised listening to techno/trance/goa trance and hardcore so the fast and heavy beats were in his blood since he was born. His style is characterized with pure human emotions being transmitted through each sound as the kicks knock it down your soul. Opening you up to the purest and most tender melodies as you dissolve through the ambience of eternal darkness. His idea of music is a complete neurological and spiritual transformation of the listener, setting his mind free from the shackles of depression and anxiety, to be what he really is. In his perspective, problem with modern music is that it’s very hard to find any truly dark music anymore, because it is impossible to fake it. One must feel it in order to produce sincere music. All of his tracks are violent from the beginning to the end, breaks are full of painful melodies designed to pierce through your heart and each second is part of a carefully crafted storyline he is telling. If you don’t dance it, you might miss it.