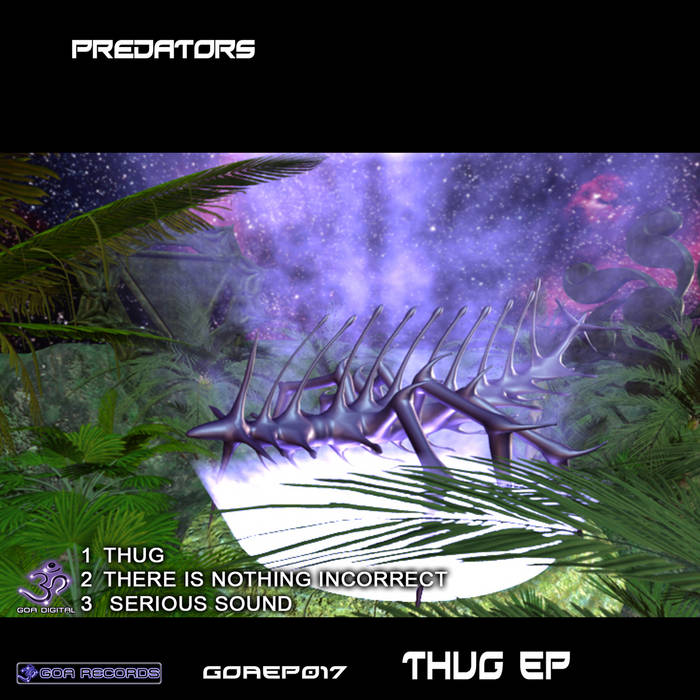 * Predators * aka brothers Andreas and Stavros Kamenidis, are the premiere Progressive and Psytrance project from Greece, the new central European hot spot for the trance movement. After producing 5 hit dance floor blasters that all received critical acclaim released on top labels from around the world they now have pulled together all their best new creations to bring us a cosmic 10 track epic! From the first note you are instantly “tranceported” on a lushly produced magical voyage that satisfies you in all the best ways. Their sound can best be described as the best of the old school masters such as X-Dream & Etnica combined with lots of their own new twists. To push this release to the highest quality far above the crowd the Predators devoted plenty of studio time with top experts from across the planet including Etnica aka Pleiadians and created a stunning remix of S-Range top hit “Larger Plan” refining their sound with the these technical masters. The results are a quality level that can’t be denied, coupled with “pristine” mastering at world famous Geomagnetic Studios based in the USA psychedelic capital, San Francisco by veteran producer and proven master engineer Ross (Random) Dubois.

Artist Profile: www.predators-music.com
* PREDATORS * is a Greek based project which was born in Athens.
Behind this are two brothers, Andreas and Stavros Kamenidis.
Stavros (aka Dj Dr.InseKt) started djing in 1991 in the age of 14 and after 5 years of mixing different styles of music, psychedelic trance won him over. During those years he had played in many parties in Greece as a resident or guest dj, in some of them with Max & Mauri (Etnica), PanPapason (P.A.N), Dj Eduardo (Neurobiotic Records), Nikos Liquid Love and other guests and local djs. Nowadays he is also playing for www.DI.fm webadio station & www.psyjukebox.com .Whether is a night - morning or warm-up time he is not afraid to use his skills & knowledge and make a set full of psychedelic energy vibes! He studied sound engineering and movie editing and he is now working in both while making music and djing. Andreas (aka Dj Ancestor) started making music in 1997 in the age of 16 when his passion for electronic music took all over him! Till then Stavros was teaching him the Techno philosophy and he was hooked. After that psychedelic trance came into his life and made him start making his own music! In the meanwhile he studied sound engineering & music technology and in 2000 he released his first album called "Predator" under the project name "L.O.S" (Legion Of Space) in Eros Music, a Greek record label. After that he had a solo career for a couple of years till the end of 2003... He also works as a sound engineer while making music!! In the end of 2002 Andreas & Stavros decided to share their knowledge in electronic music and in January of 2003 they created the project PREDATORS. They have already released one collaboration track with Compressor " Not responding " in Etnicanet records compilation Phase 3 and two tracks in Etnicanet compilation Explorer " Serious sound " & " El campo (rmx) ".They have received great feedbacks from their performances (live & dj set).Soon will release a new track in Kagdila records VA 'Digital Speakers 2' compiled by Ovnimoon, a proven dance floor favourite Vibration will be on a new Geomagnetic v/a and their debut album " COSMOS " coming soon from GEOMAGNETIC.TV/Morningstar! Stay tuned!! myspace.com/predators1

Geomagnetic.tv was established in the summer of 2001.
Their first major international release is the legendary DVD
project “MAGNUS” geodvd001. Since then they have added 30 label artists and have multitudes of projects in the works for 2006 and beyond. Based in San Francisco and focusing mostly on visual and music related projects, you can expect to see lots more cutting edge releases on the way from this award winning crew! Geomagnetic.tv was started by Spook one of the founders of the prominent San Francisco 3D FX and Multimedia boutique known as Minds Eye Media (est.1995). www.mindseyemedia.com