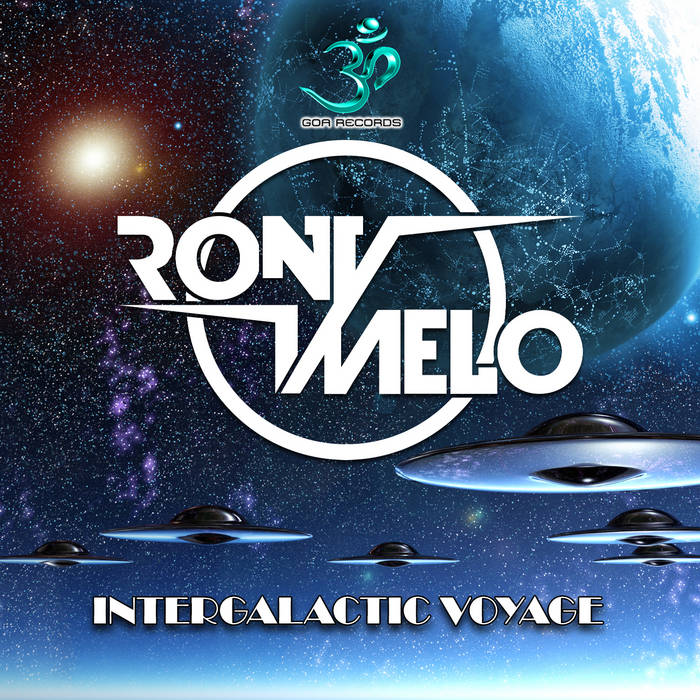 Goa Records presents the first single release from Rony Melo with Intergalactic Voyage, including three tracks that range from full power psytrance to progressive trance realms. Rony Melo is known for being a calm and mellow guy, but when he is on stage he knows how to rock the crowd. At an early age, Rony Melo discovered Electronic Dance Music. He grew a passion for Trance and House. His unique taste in both genres was highly praised by others which led him to pursue a career as a professional DJ. Starting with house parties and small gigs, Rony Melo's following quickly grew. With over 7 years of experience in the EDM industry, Rony Melo has performed in some of Atlanta's most respected venues such as Quad, Opera and Havana and performed at some of the biggest events in Atlanta such as Kingdom Rave, White Noise and The Black Out. With seamless transitions, Rony Melo's style in trance takes listeners on a psychaedelic journey that is dark with raw energy, yet uplifting with beautiful melodies. His trance feeds the spirit. His taste touches the hearts and minds of fans and converts new listeners, redefining their definition of trance which isn't always rainbows and unicorns. He is recognized as one of the best Trance DJs in Atlanta. Rony Melo has broadened his musical style to include house music, ranging from chill Tech and Deep House sets at his residency at Loca Luna to rocking huge crowds with Big Room, Progressive and Electro House. His taste is very rythmic, groovy, and melodic, but always full of bass. During his live sets, he focuses on bringing the most hottest mashups and freshest remixes out there. Wether he is spinning Trance or House, Rony Melo knows how to get even the most laid-back of crowds to dance and enjoy.
soundcloud.com/djronymelo
www.facebook.com/ITsMELO/