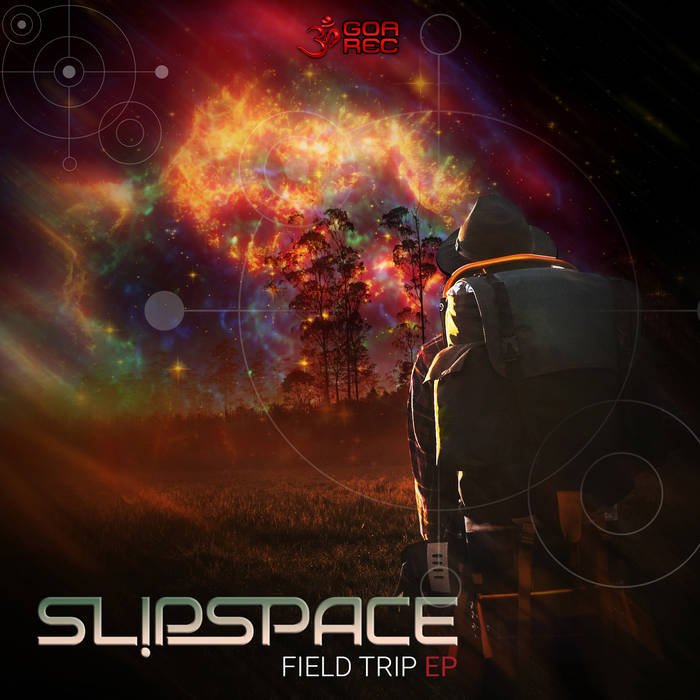 
"Goa Records is more than excited to present a super unique psychedelic journey 'Field Trip' made by Slipspace! Slipspace is a psychedelic music project by Tamas 'Tom' Springer, a producer, and DJ originally from Budapest/Hungary, currently based in Vienna/Austria. His passion for electronic music and DJ culture started at a very early age, mainly fueled by his sister Krisztina, who had always had a strong (musical) influence on him. Being part of the emerging Rave scene in the early and mid-90s, as well as the Austrian Free Party scene at the end of the 90s, Tom started dj-ing in 1999. He has been a DJ in various electronic music styles for the past 20 years now. In this time he has been part of many different crews (Toxic, Blub, Tekktonic, Bad Robots Club, Hallucinatorium, ...) based in and around the city of Vienna. Additionally, he has been performing at a variety of other events (Rush Hour, Complete, Bass-a-tek, Elektrika...) and venues in Austria. While attending a psychedelic music festival with friends in 2014 he quickly fell in love with the music and scene and started DJ-ing and producing Psytrance in 2017. Since then he has been learning everything about psychedelic music
the production he could, always evolving, while at the same time striving to have a unique style of his own, exploring the outer reaches of psychedelic music, time, and space."