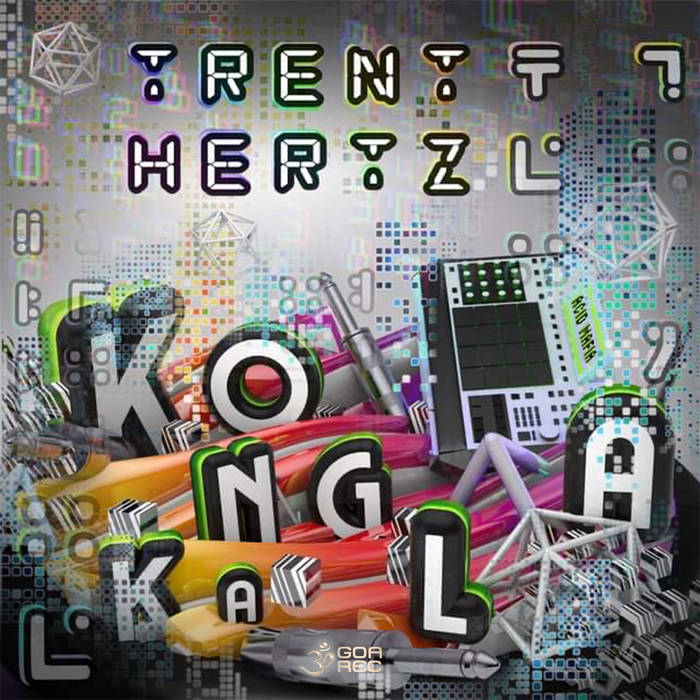 Goa Records is more than happy to present you the outstanding single from Trent Hertz project called Konka La! Trent Hertz also knew as El Oso aka the sulphate for close friends or the Bear in the metal world for those throaty howls, began playing the piano at the age of 6, rocked by these jazz parents.
He then entered the metal universe playing bass, then became the frontman of Jack-Error, an internationally known group in Ariège, on guitar and vocals.
His passion for violence and extreme music leads him to scream in Hybrid Putrefaction, a brutal death metal band, with which he won a musical springboard.
Always in his search for disturbed and distorted sound, he discovers hardcore and breakcore, so he begins to mix metal and electronic music.
Then it's the steamroller that sets in with the discovery of big family hardcore and speedcore.
He tours with his live hardcore speedcore all over France and in European teknivals under the pseudonym El Oso in the sound of the Family System crew.
He meets the K-Apar and H-Arnés on several evenings.
After a few years of good and loyal service to the free party, as a fibula breaker, he integrates Spiritual Rebirth, a mix of K-Apar, H-Arnés, OSP, and many others, and this puts at first the psycore / psydark.
By discovering the vast sound environment of the psytrance environment, he begins to play psy prog, then night full-on which task.
He will subsequently perform many dates among Spiritual Rebirth and other crews, alongside artists such as Astrix, Vini Vici, Anelli, ...
Still active with the Spiritual Rebirth, he is also now guitarist for the tech death band Self Inflikted.