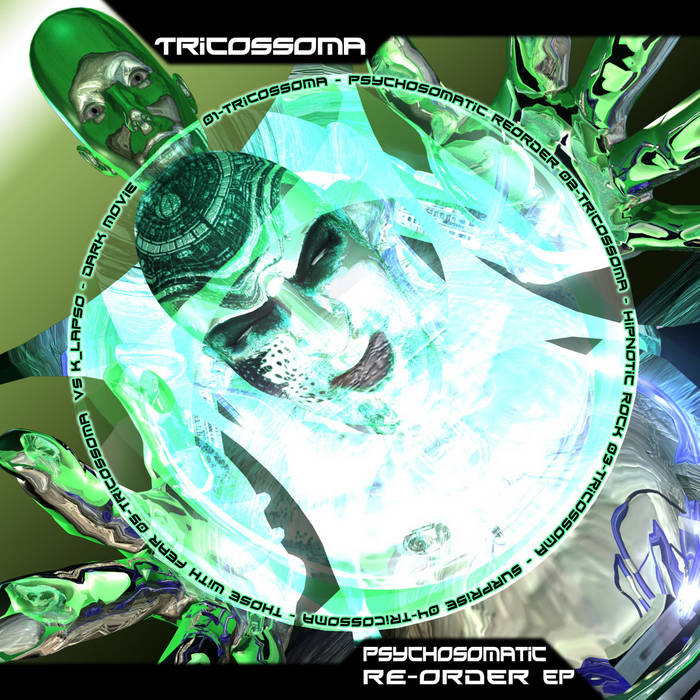 Digital Drugs Coalition presents: Tricossoma previously unreleased hard hitting unrelenting mind boggling night psy smashers! Tricossoma’s music pleases the world’s most obscure and cutting edge psy pits seeking the most effective remedies for tranceformental sensations and this jam packed dose of psychological panaceas delivers the goods. Tricossoma has been creating a frenzy on the dance floor since his first release back in 2006. Though his tracks are hard to find, each one is a guaranteed trip! Luis Palma was born in Serpa (Portugal) in 1981. He lived in Serpa till he was 22, he then moved to Tomar in 2004. It was in Tomar that he came in contact with Fruity loops/ Cubase / Ableton everything he needed to produce electronic music. He always liked electronic music, ever since he heard it for the first time. Since then he became particularly interested in Psychedelic Trance. Some time later he developed his own techniques resulting in his first released track "Voices From Darkness" which came out November 2006 in the compilation VA-Digital Drugs-Vol1 on Geomagnetic Recs. Released in 2009, his 5 track Digital EP "Psychosomatic Reorder" redefines your idea of rippin’ night time trance has been causing mass hysteria. Now thiss eagerly anticipated debut album coming on Digital Drugs and GeoMagnetic Darkstar Records creates a new level of quality and enjoyment for the “Psychedelic” Trance community around the world. Digital Drugs is a coalition of psychedelic trance artists from around the globe who believe that digital art + music are the purest form of getting high. expect unique, fresh + truly out of this world productions from this hot posse !!

Digital Drugs Coalition is a union of psychedelic trance artists from around the globe who believe that digital art + music are the purest form of getting high. Expect unique, fresh + truly out of this world productions from this hot posse!!

Darkstar is the sub-label of Geomagnetic that focuses on the Darker, Night time music, with hard and experimental styles.